Trying to cut down on sugar?  You’re not alone.  According to researchers, about 45 million people diet each year just in the United States!  And how do they do it?  Less calories, exercise, and usually adding in a few sugar substitutes to kill the cravings.  One of the most prominent of these is a well-known ingredient called aspartame.  Many of us only know this chemical as another complicated name on the list of ingredients on our Diet Coke label.  But what are the real effects that this product has on our bodies? 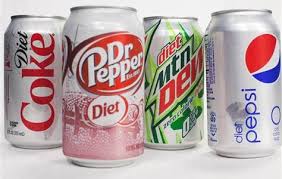 The facts about the stuff are shocking, and surprisingly accessible when researched.  Aspartame is composed of aspartic acid and phenylalanine.  Phenylalanine is altered to carry a methyl group, giving aspartame its sweetness.  This bond is designed to easily break and let the methyl group turn to methanol.  For fruits and vegetables, methanol bonds to a fiber called pectin and safely passes through the digestive tract.  In aspartame, however, there is nothing that bonds to methanol and thus, it stays in your body.   This is no good, because once inside your system, the methanol is converted to formaldehyde, something that humans have no ability to digest.  Thus, the chemical stays in your system and has the following side effects.

-Brain Cancer.  A two-year study from an aspartame manufacturer shows that twelve out of 320 rats fed a normal diet that included aspartame developed brain tumors.  None of the control rats had any reaction, and five of those twelve tumors were found in the rats given only a low dose of aspartame.

-Diabetes.  Surprisingly enough, though you might think that aspartame controls diabetes, it actually precipitates clinical diabetes, depletes control in diabetics on insulin or oral drugs, leads to aggravation of diabetic complications, and causes convulsions.  Not the best helper.

-Epileptic Seizures.  Those who ingest aspartame are more susceptible to seizures and vertigo. 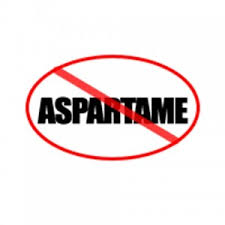 With all the risks, you may find yourself wondering, “Well, what am I supposed to do then?  Is there a safely sweet alternative?”  The answer is yes.  There are many sweeteners made of natural plants.  We at Prolean Wellness suggest using stevia to satisfy your cravings without doing damage to your system.  Other natural alternatives include agave and monk fruit, which are sweet substitutes (but not if you’re trying to keep blood sugar levels down.) These options are approved for human consumption and have been used for years with no side-effects. 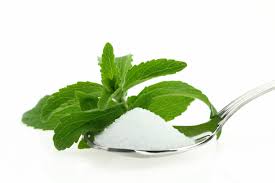 I know it’s not easy.  Losing weight is hard enough as it is, and taking away the mainstream- market diet products only adds to the hassle!  But the health hazards are high as more and more studies show that though aspartame provides “guilt-free” enjoyment of tasty treats, its results are anything but sweet.